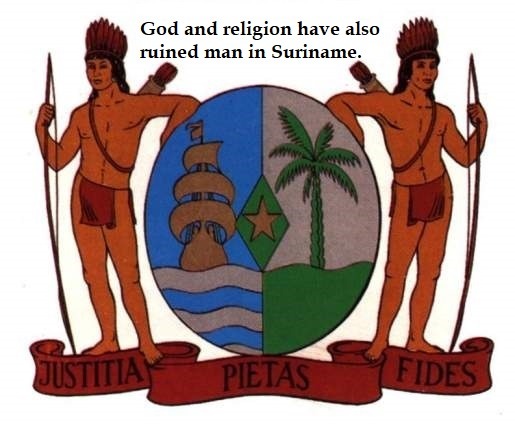 A TRIBUTE TO THE LATE RUBEN ROOZENDAAL BY THE VISHNUH-SOCIETY

We, the members of the Vishnuh Society established in Suriname and elsewhere in the world where its members live scattered there, have personally known Mr. Ruben Rozendaal who contributed as one of the few Surinamese in a non-traditional way, on February 25, 1980, to a free Suriname.

Anyway, Ruben was a true hero of the Surinamese people in the 1980s. At that time, almost every inhabitant welcomed the Surinamese coup plotters, except those who, at the time, with God in the background, formed the legal government that democratically suppressed the residents. And the sympathizers of the legal government, who co-oppressed and exploited the people, saw their chances and plans fall apart by the military takeover.

… Surinam has lost a prominent hero, and this hero Ruben Roozendaal will be mentioned in the Surinam history books as one of the pioneers of the first order. Unfortunately, this man was later maligned and abandoned by a large part of the ungrateful Surinamese mass until the end of his life.

… Fortunately, not everyone has let our Surinamese hero down, we Vishnuïsts have believed the late Ruben Roozendaal to his last breath in his innocence and story, just as most of the religious Surinamese people also believe in her God, with the understanding that the late Mr. Rozendaal existed and for the most part spoke the truth, in contrast to God who never existed, thus cannot speak and just as the Bible is only a fabrication of evil humanity.

… Mr. Rozendaal undoubtedly injured his fellow human beings in life because he had to follow assignments of his superiors in function and was largely ignorant of the circumstances and the intended purpose.

But the good deeds that Ruben has done during his life after the coup have more than overwhelmed his supposed evil deeds and his innocence has been shown to be abused by his superiors at the time.

… Furthermore, the late Mr. Ruben Roozendaal freed himself from his former crimes without the help of third parties.

In our opinion, despite his religious background, Ruben was holier than God and the Pope.

Many did not see the innocence and goodness of Rozendaal, because the majority of his later opponents were led by unfounded resentment that they learned from their evil and merciless god.

… A certain prominent person in the Surinamese society has once claimed to his audience that the late Ruben Roozendaal was a traitor, a Judas, who could be bribed with a plate of lentil soup.

… But when one turns around the unfounded allegations as described above, one will understand who actually was the traitor and who still is profiling himself as a Judas.

In other words, his former comrades and leaders are now suspects of the December murders, but as long as these guests are not tried under the legality system for their crimes during the coup, they are, just like God who is suspected of genocide, slavery and human rights violations for centuries, as innocent as a lamb.

In spite of this, the child of God will soon be broken and end up in his own hell, also in the name of their God. 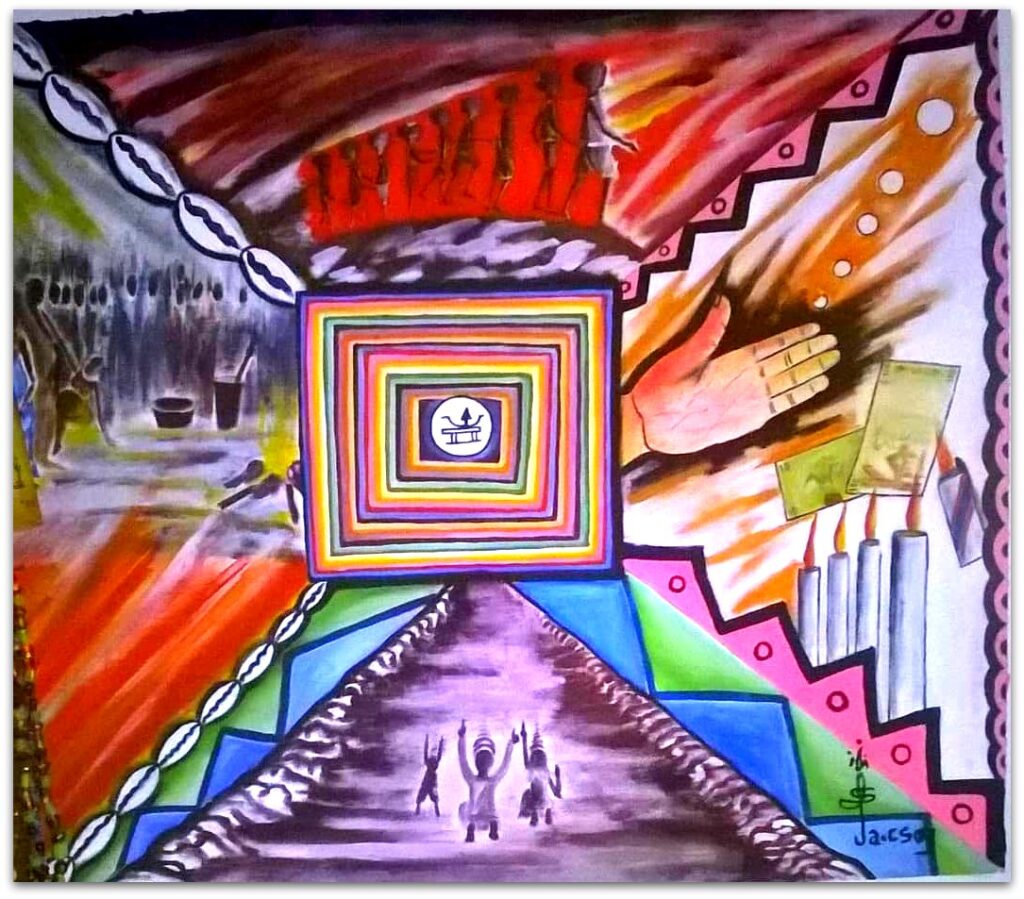 … The fact that the late Mr. Ruben Roozendaal stood up for himself and wanted to explain the injustice attributed to him to the Surinamese population does not make him a traitor, but a victim of the military system to whom he had once sworn allegiance.

… He, the late Mr. Ruben Roozendaal told us;

• that he went wild as a madman for the group of sixteen;

• whether or not he acted and shot on order and summoned a number of possible opponents to lie down on their stomachs while pointing his point 50 at them;

• that, in consultation with the group, he often lied where the irrefutable truth was hidden in all lies;

• that he has complied with all orders that he was instructed by his superior at the time, without having asked questions about them;

• that with the knowledge and approval of his old comrades, he harmed fellow men;

• that he has done many more things with the group that the daylight cannot bear.

Shortly after Ruben came to terms with himself, he left the group of sixteen on his own initiative, but afterward feared for his life.

Everything that the late Mr. Ruben Roozendaal has declared to the disadvantage and to the benefit of himself does not make him a bad person, but a hero who stood up for his true “me”!

… And the members of the Vishnuh-Society can say unanimously, with their heads held high, that the late Ruben Roozendaal was neither a traitor nor Judas, but he was a sincere “religious person” who, despite the misery and hatred he had experienced from his fellow believers, initially did not leave religion.

The late Ruben Roozendaal also never betrayed us after what we all, at the risk of our lives, have done for the sake of his safety, not even when he decided to step out of life.

Ruben Roozendaal was a steadfast person. Unfortunately, the circumstances surrounding him made him very bitter until his death.

… In addition, the late Mr. Ruben Roozendaal was a good man, contradicting many of his selfish religious countrymen who always cried, that without discrimination in religion or belief non-believers would also benefit from the progress.

But when it came to them to make their words come true and the hour of truth arrived, the religious Surinamese majority and the government suffered from amnesia. And still.

Thus, says the teaching of Vishnuh:

“A good person is someone who, regardless of race, rank, status, origin, political or religious convictions, does good and does not pretend to be good.” 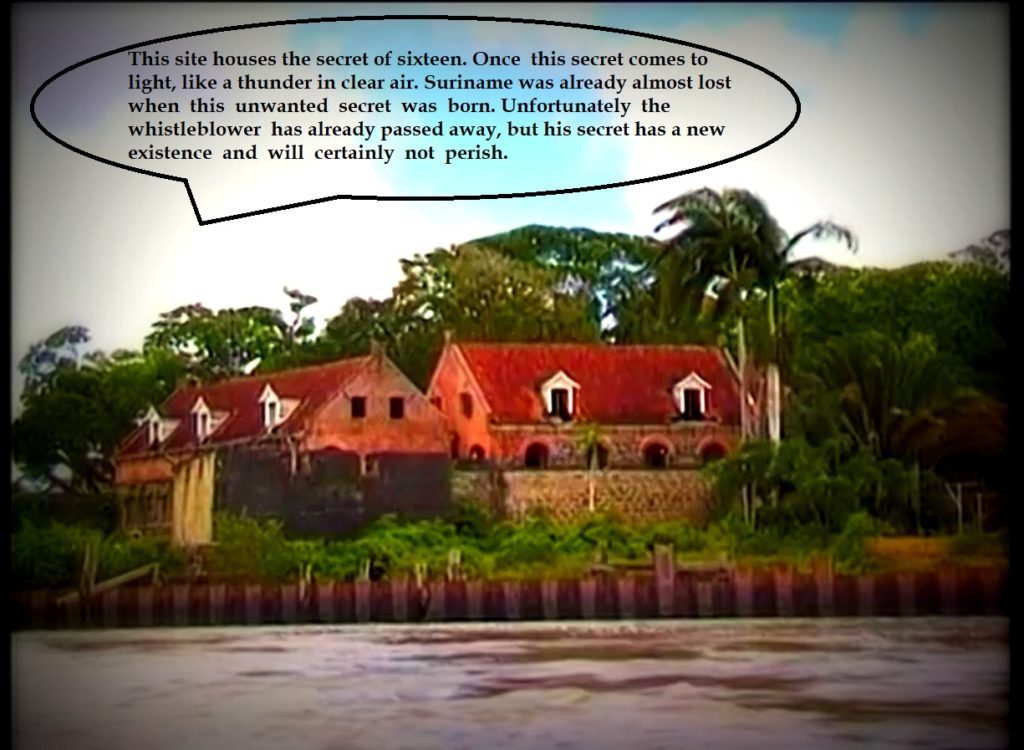 If the river could talk… The silent witnesses…

… Despite the clear contradictions of our “non-religious community” with regard to his religious experience, Roozendaal has regularly delighted our community in Suriname with his generous donations as thanks for what we once meant to him as fellow human beings in a time when he urgently needed help and was finally abandoned and chased by his so-called godly friends.

… After we offered him safety so that there was no danger to him, he went public again. Ruben then came to us regularly and gave with few words, after which he disappeared, without having asked for any compensation for his donation.

As he said time and time again “You have done more than enough for me at a time when my so-called friends have been ugly to me.”

… The late Mr. Ruben Roozendaal was not yet a member of our community, but the Vishnuh-Society nevertheless considered him a good and sincere friend.

Mr. Roozendaal has revealed the truth to us, and we know the wrongdoing of all involved.

Long before Ruben Roozendaal decided to step out of life, he renounced his belief in God before us, and after taking the oath to the Vishnuh-Society, he joined as a member of our order.

Hereafter, Mr. Ruben Roozendaal urged the Vishnuh-Society to, if necessary, take a firm hand to ensure that his surviving relatives were not charged by the malicious religious Surinamese mass for his crimes, after which the Vishnuh-Society promised him this.

Ruben has admitted wholeheartedly that he has done harm to his fellow countrymen during the coup.

He did not in any way exempt himself from the misconduct he had made at the time of the military takeover, but he hoped that the Surinamese community, in general, would ever forgive him for what he had done to them in the past.

… On one of the occasions that Ruben was with us, he entrusted the Vishnuh-Society with written confessions as well as official documents, which she had carefully kept in custody, requesting all of this as soon as the time came, openly open to the public.

The Vishnuh-Society will gladly honor its request as soon as the opportunity opens up, as thanks for its voluntary contribution to our community during its years of life and through its commitment to us.

“We know that the late * Ruben Roozendaal * can no longer hear us because when death entered him all his life functions, as well as the spiritual atoms in his body, ceased to function so that perception and communication in a physical world became impossible.

Neither is it impossible to contact him through the spiritual way because the spiritual world is a distorted fantasy of traumatized, religious, and spiritually derailed people.

That is why we are now addressing the survivors; “We have promised ourselves to let Hell in religious Surinam erupt as soon as the time is right, as we had promised to the late Mr. “Ruben Roozendaal ” in life and in the presence of nature.”

… Finally, just before his death, the late Ruben Roozendaal stated once again that he had no faith in God, nor in religiosity, nor in the justice of the Surinamese people, and therefore could not find rest when his relatives after his death, because of his alleged crimes, would be divinely judged and condemned.

The Vishnuh-Society then reassured Ruben Roozendaal that he did not have to worry about it, since as every member of the Vishnuh-Society, according to her adat regarding “the right of revenge,” he could apply to anyone who intentionally attacked his offspring or has attempted to do so or has made an attempt.

… May his relatives all pursue their lives in peace, happiness, wealth, and good health. 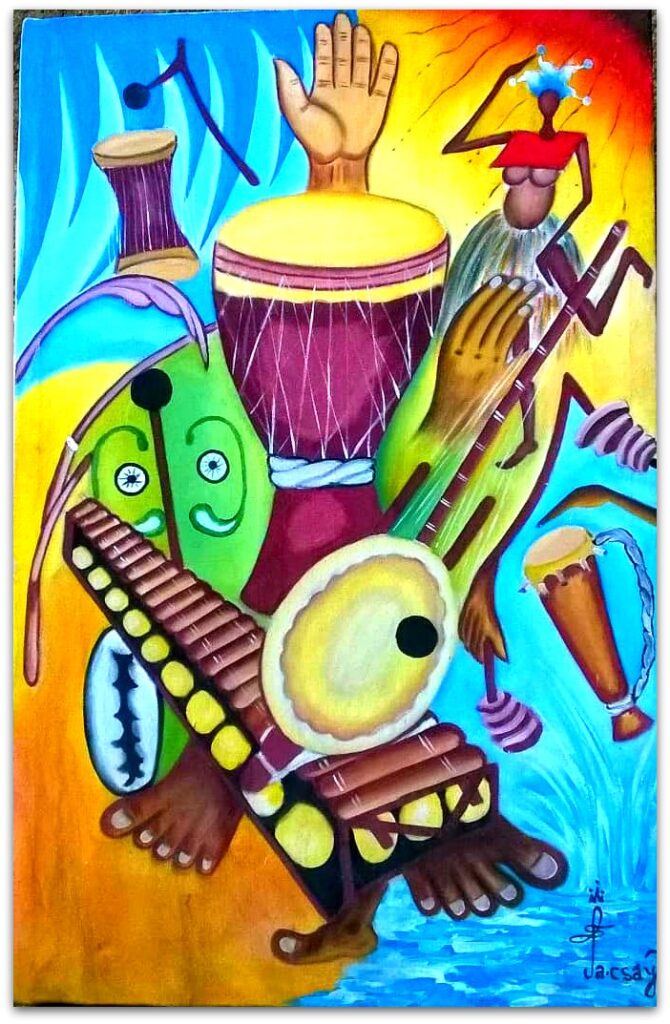 So, every person has the right to self-determination, thus everyone can know for themselves what he/she is doing to himself.

When someone wants to commit suicide that’s his right, especially if the suicideer thinks it’s good for something.

… And when one or more members of us need help with suicide or do not dare to take his own life, we are very happy to meet his death wish at the request of the person concerned.

Whoever wants to exchange his earthly life for the eternal must know for himself, and who wants to wait until Nature takes its toll, so it did. So, everyone has something.

…  And dying is free, only the funeral/cremation costs money. But everyone, “infidels” and “believers”, is free to die earlier, no one is obliged to await his own natural death.

…  Life is made up of dust, people are dust and everything returns to dust, how much some people would like to see it differently.

Continuing life in the hereafter is a wicked religious controversy from the writers of the so-called holy scriptures among others the Bible, the Bhagavad-Gita, the Tripitaka, the Thora, the Qoran, and so on.

Thus, says the doctrine of “Vishnuh”:

“He who believes in a life in the hereafter is mad, and whoever believes in the” Holy Scriptures “and is convinced that he or she will live in Heaven or in the Valhalla will die at that time, because whoever ends up in the heavenly Paradise is lifeless and no longer belongs to the living earthly Nature.

Nature is the creator of life, only Nature can know the truth. “

On behalf of the Vishnuh-Society