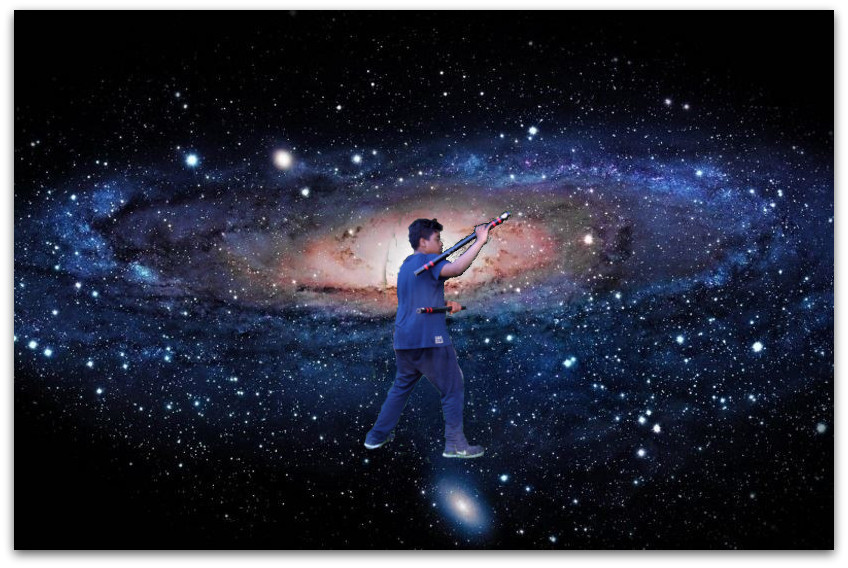 Man, do not underestimate anyone but know where you stand, and a warned person counts for two.

Atheism is steadily on the rise worldwide because people have come to realize that each is a product of natural Nature and that God is a creation of the conceited and evil humanity.

Atheists live all over the world, the majority of whom have united in a tight-knit group and are public. Some consider public access to be undesirable for obvious reasons and prefer to remain in the background.

… Others choose to operate underground.

… Thus, each atheistic group has its own reason for being known or for remaining unknown.

We Vishnuists are also taciturn in everyday life, part of our community partly avoids public disclosure. We have limited access.

… This is because a part of our people has a public function in the country of birth. Because of our wicked background, we are obliged to remain silent to prevent prejudice by malicious people in our work environment.

… We are Vishnuïsts with the aim to make everyone’s life more pleasant. So we wish everyone a good and healthy life in advance.

… We would also like to live with everyone. We may be your closest neighbors, colleagues, employers, or supervisors at this time.

… We can smile with everyone, we can think along and have a say, but we will always keep our opinion, our aspiration, and our position in society to ourselves for self-protection and to prevent inappropriate behavior towards us.

The Vishnuh Society is combative, unlike some atheist groups who for some reason wish to remain passive. Everyone has their choice because everyone has the right to self-determination.

The Vishnuh-Society wishes for its members to “Law” and “Justice.

… Furthermore, the Vishnuh-Society has absolutely no confidence in the government, neither in the democratic legal system nor in the general judicial process.

… And those who want to live and survive today in a society in which religious madness predominates must act resolutely against this injustice by any religious madman. One should never know pardon for figures led by religion.

… Anyone who has pardoned someone who has wanted to influence him/her will bring about his own destruction.

And those who are infused with the devil and a god are usually evil, insidious, and unreliable as the plague. Anyone who knows self-esteem is humane and has a good character, but who is also afraid of being alone, easily becomes infected when dealing with pitch, and the self-esteem of the infection dies as a result of infection.

“If the enemy is crazy, one has to be crazier than them. Anyone who wants to survive in a world in which disturbed people live must behave more insane than them so that the crazy majority does not make fun of him or her.”

As traditionally the Vishnuh Society is absolutely against any hostility and will always protect its community in order to prevent the repetition of injustice against one or more of its members by third parties.

… Even nature protects itself from time to time when protection and preservation of its values and norms are necessary.

… Always be alert, because today there is a multitude of shameful and evil people from all walks of life in various ranks and classes in society, who abuse their immunity in crimes against humanity to avoid a deserved punishment.

… The lion’s share of this is served by the rightful loopholes of the unjust legislation used by “Lady Justice” as “Law and Truth”, which in practice amounts to “Right is Crooked” which means that the penal code in most cases, does not offer satisfaction for those who are actually looking for justice and spiritual satisfaction.

No one is of steel, everyone is vulnerable and every living being is mortal regardless of race, rank, status, origin religion, or political opinion.

… So king, citizen, police, judge, director, politician, teacher, official and general, they all bleed too.

In a society in which the constitution is more or less based on the Bible/ Quran, the majority of the people of their own interest have surrounded themselves with lies and evil fabrications about the dissimilar fellow man and think he can stay unpunished.

… Often, that malicious scum also does not notice that it reveals “the truth” through its falsehood.

… And “the truth” usually encompasses the deceitfulness that this kind of hypocritical people (read also government leaders, politicians) has told them to speak their own evil share, to benefit themselves, and to sow discord among themselves.

… Legal persons and natural persons also often lawfully abuse the unjust laws and regulations of the system to exercise mental violence against the citizen.

… This is possible because the rules and laws are interwoven with the laws of the society in question.

It is literally and figuratively everyone here for himself and God for all of us, and I, I, I, but the rest may just suffocate. And where help is provided on the basis of charity, it often happens with secondary thoughts about whether it works to the disadvantage of the person in need and the care provider in the longer term.

… In fact, it is better for the righteous man to receive no help because people will later regret that they have accepted the help offered by a hypocrite.

Even though many swear by protection at high and low, they enjoy an illusionary higher power called God and claim to be merciful, but do not trust them.

… Keep in mind that those who offend innocent fellow humans and commit these human rights abuses on behalf of their God are the ones who usually shout “with God’s blessing” or “God bless you” or “Hosanna above” or “thanks to God” or it is God’s will. “

These kinds of people are normally the people who belong to the wickedness of the earth and, moreover, are afflicted with an unparalleled dose of pride.

In addition, many of these figures often screen themselves with a variety of nonsense spells, usually derived from their religious fairytale book, to impress others and to boast how good and wise they are.

… In reality, in a multitude of words and flowery sayings, they hide their own shortcomings, transgressions, and inhumanities.

… People endowed with a bad disposition usually think they are more and better than anyone else. They usually begrudge their fellow humans for a good and healthy life and consider it normal to kick someone else in the ground by gossip.

Furthermore, the hypocrites like to be in the church/ mosque, but before the church service has ended, most have already thought about how to mess with the ball with a clean sheet.

… After all, according to their “holy book”, they obtain pardon at confession when they ask their nonexistent god for absolution for their sins, regardless of what they have done against others.

Many also have a habit of measuring double standards, like the church, with a bias towards misconduct towards others. These types of plebs are unreliable and initially act sweet, personable, and reliable.

… But sooner or later the mask will fall from the face, revealing the true bilious nature. So, the blood only crawls where it can crawl.

A reasonable-minded person with a sense of common sense of a sense of responsibility for himself and for his fellow man would never imagine worshiping or continuing a religious fairy tale, which was largely responsible for genocide and the submission of fellow humans and those in the present time promotes the religious propagation of malice, in a smokescreen of false peace, hypocrisy, and calculating good-naturedness?

In today’s society in which we live, humanity can be divided into 3 categories, namely the “favored convinced elite”, the “benefiting unscrupulous followers” and the “(forced by the environment/society and family),“ participants. ”

… To the latter, I say, “Be strong and remain yourself, because the value of life is to be yourself. One day you will be able to free yourself from the yoke in which you are forced to go with the flow by self-preservation.

… And the condition for liberation is not by passively waiting for your liberation to take place, but by actively working on your own salvation according to circumstances. Do not be overconfident, but fight carefully where you have to fight, taking into account your own safety and that of your loved ones!

“Whoever makes a fist cannot hold anything, nor can anyone put anything in his hand. Be combative and alert and reject self-humiliation.

… No one has the right to direct and oppress his fellow man against his will.

… Whoever gives his fellow man the best has the right to live, self-defense, and self-preservation. But whoever does not grant someone else the light in the eye, sets himself higher than another, and positions himself as equal with nature while he himself was created by this, then one has no right of self-preservation nor the right of self-defense and may also have no place among the living.

… Keep in mind forever that man is equal to each other, no one is more or less than another.”