Love each other and leave your God 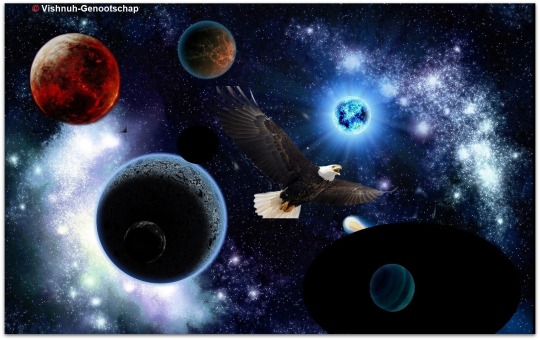 Anyone who looks around and observes religious humanity will repeatedly discover that the majority of human beings are extremely evil, hypocritical, and stupid. This misconduct usually manifests itself, especially when someone does not share their religion and opinion.

Whoever believes that someone is a good person, while this man has proved the opposite in all kinds of ways, is absolutely mentally disturbed and a sadomasochist (= someone who consciously or unconsciously enjoys receiving pain?)

Some people continue to receive pain from their immediate environment. As an empty head, they accept all misery, supposedly out of respect for the parents / elderly and family, or for some crazy cultural reason.

Still, others just get stuck in misery because they don’t know any other way out, or take advantage of it, or are afraid to be alone, or are indecisive and therefore take all the shit that comes over them as sweet. 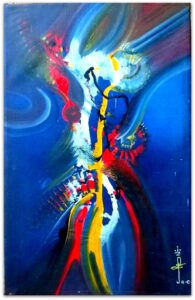 … Such people are insensitive and in fact a traitor to themselves who often does not realize that the text she uses to shake off the past contains a typical religiously shoddy saying that paves a way to forgiveness through which people, the unpleasantness that they had to endure in the past, completely forgotten. As a result, victims are visibly once again falling into the trap of their previously unpleasant past.

… Such naive people, unfortunately, repeatedly become victims of her painfully unpleasant past in dealing with fellow neighbors because she has learned to forget her traumatic past and are confronted time and again in the future with what happened to her in the past, under which she suffered terribly.

The majority of those who have formerly suffered under the yoke of their oppressors, obstinately refuse to learn from the past for some obscure reason and therefore fall again and again because of their apathetic behavior towards life.

As a rule, the vast majority of these people are very unhappy, even if they have a family, partner, and children who love and care for them. Also in everyday life, these kinds of naive people usually imagine that happiness is a one-way street. They do not realize how much selfishness has become a part of their lives in which materialism is the outcome of her apparently peaceful existence. Unfortunately, these victims lack the notion that they have become just as selfish as their tormentors in a roundabout way because she lacks the sense of self-destruction. So, they actually destroy more than they like.

… It is very unfortunate but in all this, most victims also have no eye for reality and unity with another who is innocent. Usually they always blame the other person for their inner turmoil, discontent and restless existence. The other has always done it, but they themselves are of course very pathetic and so innocent. 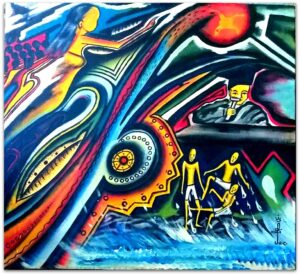 Therefore people, think carefully about everything, learn from the past, and especially don’t let this past have a grip on your life in the present. Don’t hurt another who has had nothing to do with your past. And don’t blame anyone for what you personally went through at the hands of the evil people involved in your life.

… Do not torment your innocent fellow man, but let your past in the future belong forever to the past, and above all let that evil past not relate to the present!

… Whoever has wronged another in the past must learn from this and must never forget, so that that evil behavior cannot have a permanent place in his life in the present.

Time does not stand still for anyone! 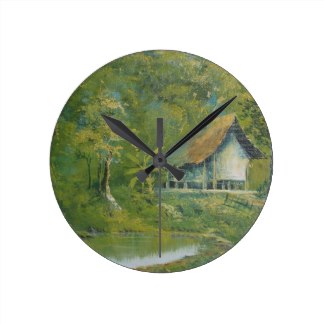 Everyone, regardless of whoever has caused suffering and misery to another, intentionally or unintentionally, is consciously or unconsciously a sadist and egoist for whom there should be no place among the living.

That hypocrisy is a far-reaching phenomenon, which hides in people, becomes clear when someone they know suddenly dies. Then almost everyone diligently wonders how such a thing could have happened. This, while the most diligent mourners didn’t give a damn about the deceased when he was still enjoying life to the fullest.

… Upon hearing this obituary, most of them run wildly and expletives to emphasize her concern. Most make-believers blame everyone and everything but themselves. In addition, the deceased was hardly ever checked for loneliness while alive, even if it was in their vicinity. The dead person in question was neglected during the time in which he needed someone, because everything was me, me, me and the rest can just suffocate.

… People often pretended that the other person never existed, or it was assumed that the insults they had against the deceased at the time were the result of her reckless existence. Also, the majority has never delved into the feelings of that dead person.

… On birthdays, she was barely, not or forced to call to wish her a happy birthday and no one has ever posted a picture of her on their wall before, except the one who supposedly cared about her out of self-interest and in the eyes of others to be found loving and caring.

But once that person dies, most hypocrites look for the best photo from their photo album or look it up on social media and personally write/post their R.I.P. condolences.

… Most people write a long emotional message as if they ever missed the deceased while they were alive while hating, gossiping, and neglecting the person in question.

… The majority of her/him immediate relatives called the deceased person anything that was dirty and dirty. Many also expressed their judgment and displeasure about the dead person when he was still alive, while they had little or no personal knowledge of the person concerned.

… For the most part, the gossip stories have only been heard from third parties, but no one has ever bothered to adversarial nor to exonerate the deceased. The twisted story about the deceased has only been heard from one side and usually from someone who has no self-respect who has thereby done everything his/her God has forbidden him/her to and has allowed unlimited.

… These figures are also the devils that are told in the Bible and books of God who sit on the first bench in the church on Sundays and take the host, but before the church service is over they already have a new plan in mind to make someone to harass and injure whom they bear an evil heart.

… Most people say they have loved and respected the deceased while alive, but appearances are deceiving, and crocodile tears galore.

Some howlers express their pity purely out of sensationalism, ostensibly expressing their sympathy to show others how committed and connected they are to their fellow man and humanity.

… Think of the so-called silent walks in which so-called compassionate people express their grief and mourning while practicing hypocrisy in their everyday lives.

This hypocritical behavior often makes me grieve as the great majority of humanity in this world behaves religiously (hypocritically) towards another.

Especially the most hypocritical of men shouts at all times “thanks to God”, or “it is a gift from heaven”, or by God’s will everything is well” or “God’s ways are wonderful” or “it was God’s will.” who art in the heavens and his will be done on the earth”, Insha Allah, etc.

And to prove their religious idiocy, these gullible figures present examples of illusory miracles that have happened in their lives that are unproven, but of course explainable.

… But those events actually have nothing to do with miracles, because miracles and fairy tales can generally be found in the fictitious Bible stories and in all other religious writings that religious mankind has invented over the centuries out of lust for power and pride.

For example, I can list a legion of religion-bullshit theories from the so-called holy scriptures that are eagerly used by so-called pious people who are constantly talking about the goodness of their invented holy book.

… These kinds of people are usually mentally ill. She does not want to understand that she has been kept retarded by her educators and therefore cannot see the reality of the realness of things around her that has been deliberately hidden from them so that they remain stupid in their one-time earthly existence.

… Those present gullible figures cannot or do not want to comprehend that they are the prey of the religious robber’s gang and are thereby traumatized by religion made by the environment in which they were raised so that they as brainless people take over this trauma and then pass it on to their offspring.

… Some descendants accept the religious rubbish of their elders as wisdom so that they later follow the example of their elders to continue that same culture of transmission from misery to misery.

… But is that wisdom? Can’t people in general just change and realize that we are all one with each other, that life originates from a natural source?

… Can one not love each other while one is still alive without religion and other cultural and racial differences, which touch nothing, playing a role?

… Can’t one just help another who needs help and keep in touch with him/her while he/she is still alive?

Should it be the case that it is only when the person dies that one shows how emotional one is that he/she is dead and that one has loved that person?

Indeed, the hypocritical or religious human world is harsh, just as merciless, selfish, and heartless as their holy book in the name of their vengeful God / Allah.

Unfortunately, a legion of selfish unbelievers also cheerfully participate on the basis of self-interest according to the statement “if one cannot beat someone, one must go with his ideas, so that one can continue to benefit from that other and to be saved.”

Please stop here and help each other; don’t let yourself be led by gossip and don’t let yourself be incited by people who are loved by you or in your good graces, while these kind of acquaintances essentially harbor bad intentions against another in order to sow discord among themselves so that you just as unhappy as them.

… In everything, leave your religion out of this, so that you can always make a value judgment about someone and see the reality of things. Be just and upright. 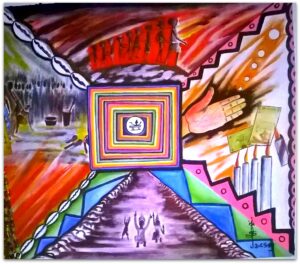 … Loving each other is a human matter and not of God/ Allah, because God/ Allah does not exist!

… And if there is a God/Allah, it concerns the evil religious humanity itself.

… To this end, take a look around you and see the work of the evil and religious man (God / Allah) and the misery that they daily cause towards each other and towards life in its entirety.

Thus, 99% of all human rights violations in whatever form and in every degree occurred in the name of God/ Allah/ YHWH that belongs to “evil humanity”.

… As long as religion is part of someone’s life, the evil in that person will do its work relentlessly regarding human rights violations of all kinds.

… The more religious humanity reads and promotes its so-called scriptures, the more suffering it incurs and the deeper it sinks into the spiritual misery of thoughtless behavior than where it already found itself through its morbid lust for gossip, conceit, and thoughtlessness.

… Unfortunately, the aforementioned violations against humanity are globally calibrated as the works of their imaginary God/Allah above.

… In reality, these interpret the oppression actions and the master plan of religious humanity to which they have linked the name God / Allah / YHWH out of cowardice and self-protection in order to exonerate themselves and their deformed behavior against their fellow human beings! 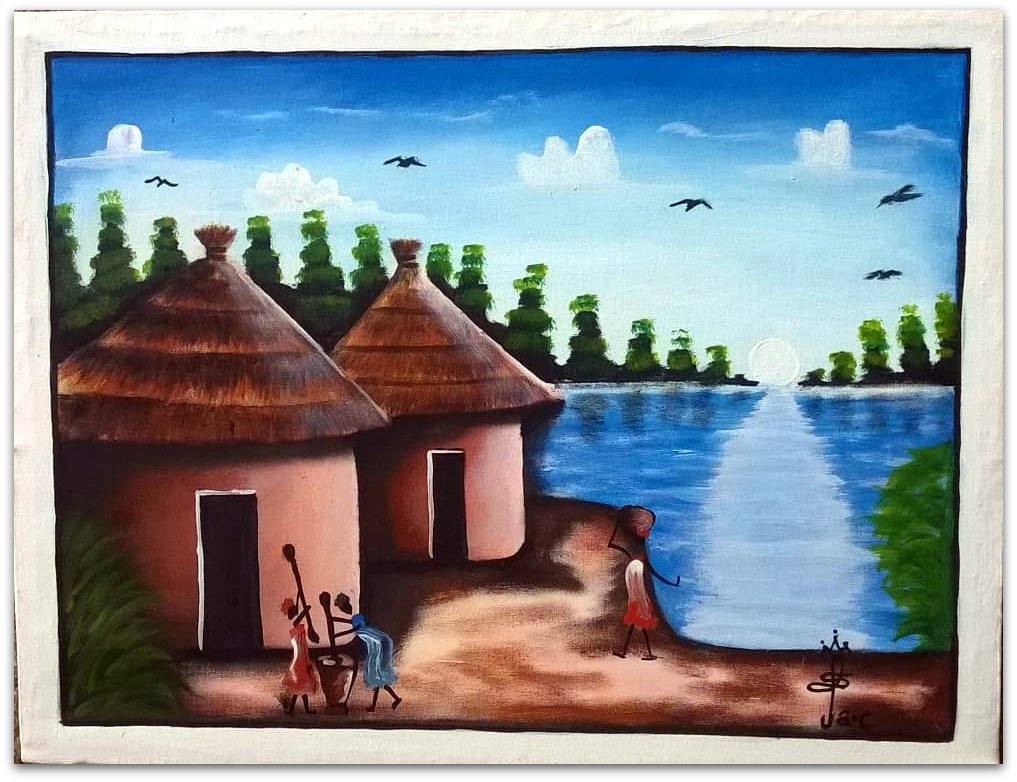 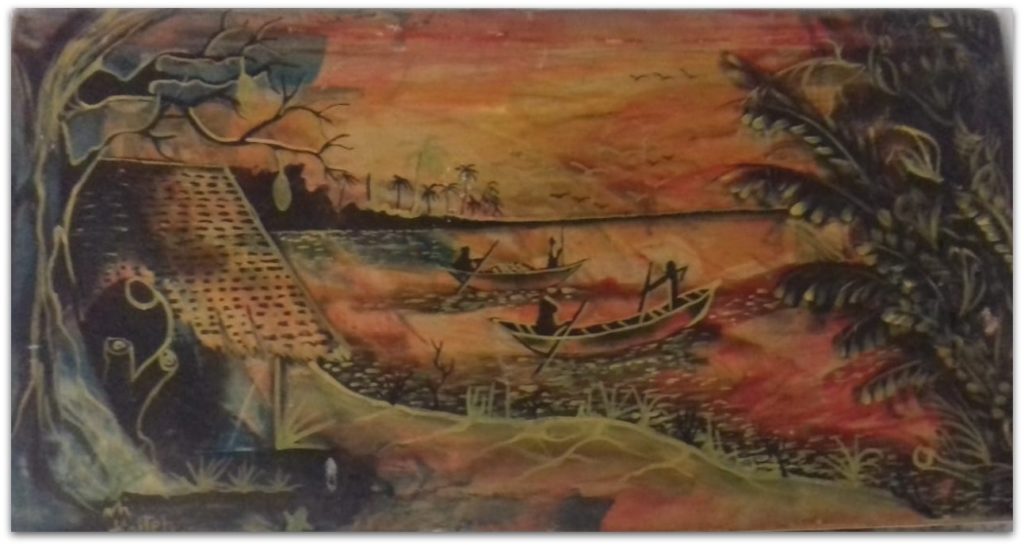